Trying to raise well-rounded children is tough! When they are so little (Liam is 1.5 and Talia is 3) it’s hard to know what they will enjoy and excel at….so we try different things.

Talia didn’t exactly take to the ice at hockey like we thought she would (the kid is obsessed with watching hockey, but when you put her on skates, she stands there and cries on ice until someone helps her….)

While we are still working on the ice skating (when we pull her off the ice, she wants to go back and do it again…..so we keep going with it)….we also saw the chance to do a Healthy Kids Running Series started by one of my yoga students in town. It’s meant for younger kids to get them interested in running.

It ended up being a perfect fit for her……and I’m worried she’s going to be disappointed next weekend when we don’t have her race.

She only ran 50 yards, but she loved every second of it. Yesterday she got her medal for participating! She was pretty proud! 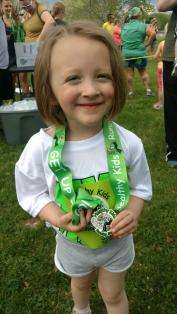 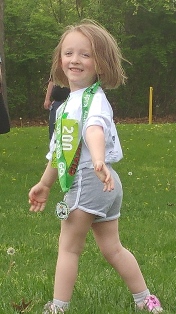 Then I tried to get a family photo…..the results were hysterical! I’m sure all parents out there can sympathize with me…. 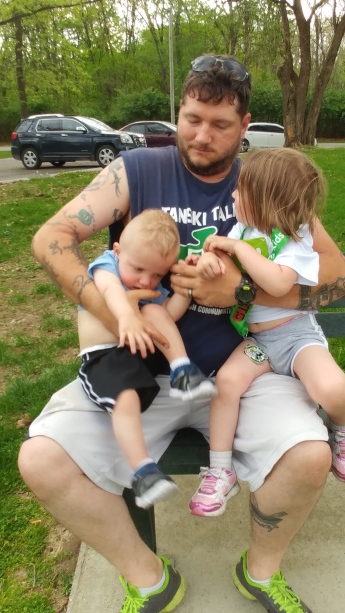 Who is in control here? 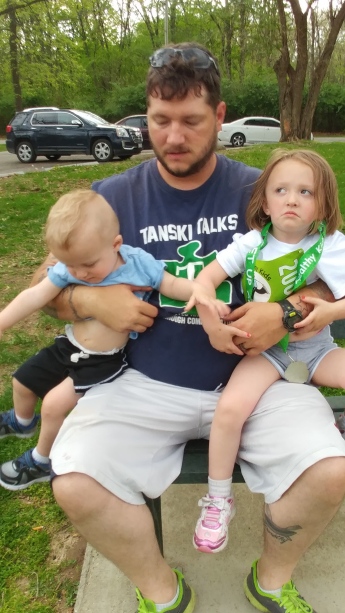 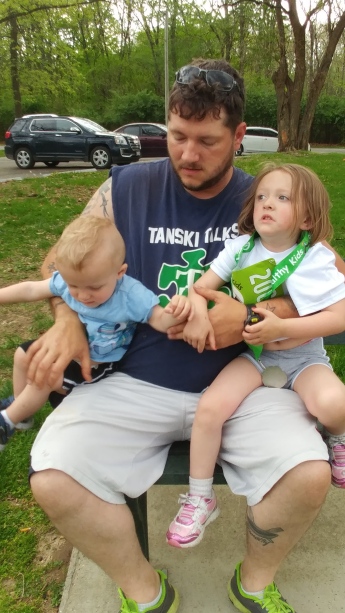 Somehow he kept Liam from eating dirt…I was laughing too hard to help. 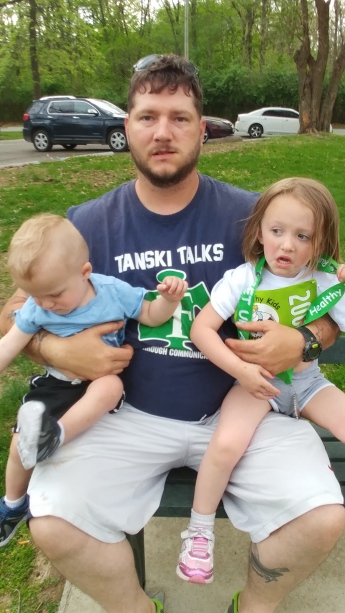 The face of a man who wants help but his wife just keeps laughing!

Everyone is OFP as they say in the USMC! 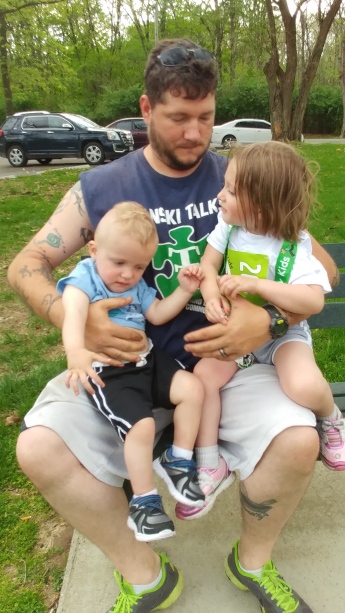 Right before he gives up!!!

In the end, we didn’t really get a group picture, but these are great!!!! Bill also got out of having to do the parent run because it suddenly started to rain HARD!!!! He was relieved. He hasn’t really run since the Marine Corps!

How was your weekend? Did you do anything fun?